The Role of Cloud Seeding Technology in Weather Modification 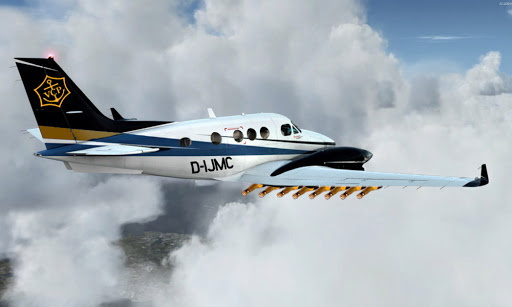 What is Cloud Seeding?

Cloud seeding is a form of weather modification that attempts to change the amount of precipitation from the clouds.

It acts by dispersing chemical substances into the air that will serve as cloud condensation or ice nuclei. It will then change the cloud’s microphysical processes.

What are the Chemicals Used?

The chemicals used for cloud seeding are silver iodide, potassium iodide, and dry ice or solid carbon dioxide. Sometimes, liquid propane is also used as it can expand gas and is more effective than silver iodide in producing ice crystals in high temperatures. A hygroscopic material, such as the table salt, can also be used in cloud seeding.

Static cloud seeding involves the spread of silver iodide into the clouds, where it produces a crystal around it where moisture can condense. There is an already existing moisture in the clouds, but the chemical silver iodide helps the clouds in dispensing the retained water.

Dynamic cloud seeding adds to the vertical air currents that allow more water to pass through the clouds. There are more ice crystals being used in this method compared to the static method.

The dynamic cloud seeding method is also much more complex compared to static because it needs to follow a sequence of steps in order to get desirable and accurate results.

The hygroscopic cloud seeding acts by dispersing salt through explosions or flares in the lower part of the clouds. The salt, as the water combines with it, grows bigger and bigger. This type of method is the most promising, but according to the researchers, further studies are yet to be done.

The Importance of Cloud Seeding

Although it’s purely artificial rain, nobody can deny the fact that cloud seeding is important and helpful in so many ways. It helps in the irrigation of crops, which prevents it to die especially when there is drought. Do not forget that crops are used for food, fuel, and even livestock feed.

Without the presence of crops, there is nothing to feed poultry and livestock, which supplies bacon and steaks and various other meat products.

Cloud seeding has so many advantages. It meets freshwater demands to areas where water is deficient. Hopefully, this technology will get better so that the weather would not be so unpredictable and we could actually control it.