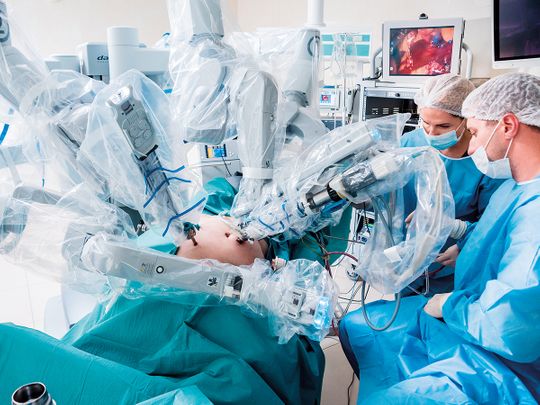 The medical field has come so far from the previous centuries. It has even come farther, what with new technologies that are developed to make it safer for patients against risky surgeries. Now, there are minimally invasive procedures offered in hospitals because of these new technologies made available to the public. Here are some of them below.

Hysteroscopy is a procedure that allows the doctor to take a peek inside the uterus, without the need to cut through the abdomen and the uterus. A hysteroscope, which a long and lighted instrument, is inserted through the vagina, cervix, and uterus. The uterus is then filled with a saline solution so that the uterus will be more visible.

This procedure results in minor pain and scarring. It is also safer because it does not put the body at risk for infection as it is only minimally invasive.

Compared to traditional surgeries, hysteroscopy allows the patient to recover faster after it is done. Overall, this is the safest way to have your reproductive system checked.

Laparoscopic surgery is also called keyhole surgery or bandaid surgery because there is an only minimal invasion of the body when this procedure is done. First, a small incision is made usually in the navel and then the surgeon would insert tiny instruments through other small incisions made. The laparoscope allows the doctor to look at images inside the body. It even allows the surgeon to remove a tumor with the use of other surgical instruments intended for that purpose.

This procedure is very advantageous because it only takes a few small incisions to have it done. This would be less painful and scarring would not be that discernible. Also, the laparoscope has the capacity to magnify images on the monitor, which gives the surgeon access to such details that cannot be offered by traditional surgery.

A robot-assisted surgery aids the surgeon to get to other target areas that are inaccessible. In the procedure, the surgeon takes control of the instruments handled by the robot.

These robotic arms are able to rotate, which a surgeon’s hands cannot do. The procedure also allows the surgeon to view a three-dimensional image of the organ that is being operated.

This is another minimally invasive technology that allows less pain, smaller incisions, and faster recovery. This technology is usually done when removing fibroids, without hysterectomy. Also, it is performed to reverse tubal litigation and even correct structural problems of the pelvic area.

Endolumenal surgery is focused on performing intestinal surgery with accuracy and precision. The treatment occurs from within the lumen of the intestine. This minimally invasive surgery should be able to minimize incisions, reduce the need for anesthesia use, and preserve intestinal tissue. Also, it is much cheaper, which would lower healthcare cost sand even promote a good prognosis for the patient.

It is a catheter-based endovascular system, which was developed to isolate a section of a vessel, stabilize it, and repair it. While treatment is ongoing, it also maintains blood flow to the distal parts of the body. The isolated portion also stabilizes the person for further treatment.

The instrument channels allow the use of the surgical instruments in the area that has been isolated. This technology is used as a treatment for vascular trauma and pathologies, such as repair for vascular ruptures, punctures, and tears.

The sphere is a device developed by MINT to treat cerebral aneurysms at vessel bifurcations, without resorting to open surgery. The Sphere is designed as a single loop that is stretched and fits into a catheter. It is then transported to the aneurysm site through an endovascular procedure.

As soon as Sphere reaches the aneurysm site, it is released from the catheter and springs back, shaped like a sphere, to the vessel bifurcation. It is then directly positioned against the aneurysm. Sphere helps reduce the flow of blood to the aneurysm, thereby, promoting healing.

The SpiderGraft is another development of the MINT Team. It is a biocompatible and hemocompatible vascular graft. It also keeps leakage to a minimum right after a puncture. This reduces the risk of hematomas, thus, reducing also the risk of infection. It is also convenient because it can be used as soon as it is implanted, thereby, lowering instances of emergency catheter application.

The hemocompatibility of the SpiderGraft ensures continuous blood flow and prevents any formation of thrombus along the surface of the graft. It also resembles human blood vessels, which can greatly lessen trauma among native vessels and reduce occlusion in the blood flow.

SpiderGraft is better compared to native fistulas, as the latter can sometimes fail to mature. They are also prone to infection and leakage. Current grafts also have problems with patency, over time.

These new technologies are heaven-sent, especially to patients who need it most. These new discoveries may lead to even better and more efficient medical and surgical tools in the future.

Hopefully, it will lead to cost-effective healthcare and a reduction in the mortality rates.