Importance of Technology in Crime Investigation 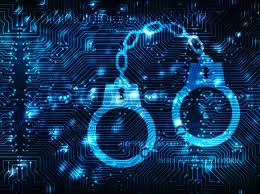 The most common devices used in investigating crimes are street cameras, GPS tracking, computer systems, DNA machines, and paraffin tests. These are just some of the closest tools investigators require in order to convict criminals, have them penalized, and eventually have justice for the victims. Technology is as fast-changing as time. The new wave of technology has brought the investigation system in a much sophisticated and high number of resolved cases due to the advent of the new tools essential for getting down to the bottom of every incident. The problem comes when criminals have equally high-end gadgets and crime-related tools which are also offspring of technology.

As technology advances as time passes by, investigators tend to have better gadgets and tools to utilize while they are trying to really locate even the most mysterious crime of all.

Just as much, criminals create similarly deceitful engines to perpetuate their bad agenda. Here are some of the points about why technology is important during crime investigations:

It used to take weeks or months to run a test and wait for the result. Worse, once the result is out, it is either unclear and would require another test. This is one clear possibility of justice delayed which eventually similar to justice denied.

Technology had made everything around humans automated. Everyone now wants things to be done fast and without daily, as much as possible. This is what you see with communication, transportation, business, and even with a criminal investigation.

It has always been difficult to match specimens like blood, hear follicles, fingerprints, bones, saliva, and a lot more others to its owners. The latest wave of technologies opened up a gateway to quick DNA matching which can even be done on the same day.

A criminal investigation is always linked with danger and risk among the crime investigators. They put their life in the midst of the criminals and the crime at hand. Today’s technology considered the safety of these investigators while they get to the root of every crime resolution mission.

Photographs, video clips, and audio records tend to capture accurate documentation of a crime which eventually serves as evidence of any crime happening.

Criminals at least have attempted to fear possible capture brought about by accurate documentation.

From the time the victim of whatever crime, person, or property happened to have been risked, small bright tools are already up and running making all the following investigative process easy and smooth sailing. At the same time, the percentage ration of solved cases against that left unsolved is way much more today compared to the past generations.