Role of Technology in Culinary Arts 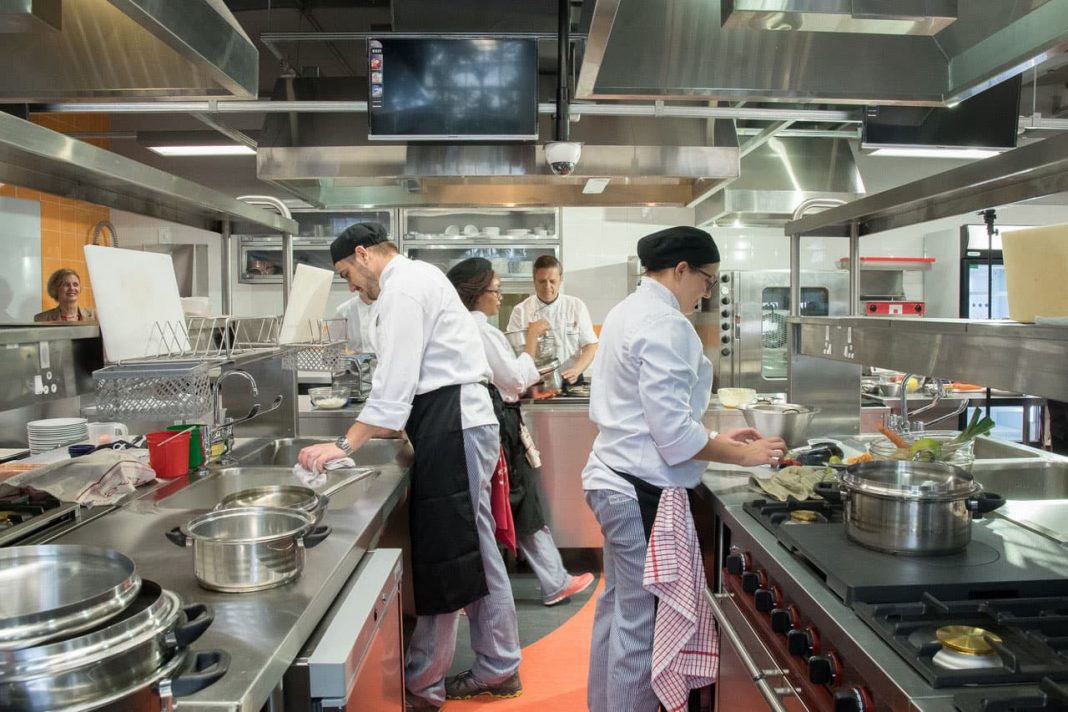 When we talk about food, we often imagine cooks busily cooking in their kitchen with old-fashioned pots, pans, stoves, and other manual utensils used inside the kitchen. But with the changing world, culinary art is also stepping up to use technology to produce food that tastes good and becomes easier to prepare. Culinary arts is not an art that requires estimation but makes use of different technologies because it requires accuracy in the measurements and standards being used in order to create a perfect consistency of food.

This type of art is a blend in both the presentation and taste that will inspire the senses of the dinners. With the aid of technology, certain culinary techniques become easier for the chefs to produce and create different types of ways to cook using science. Such is the art of molecular gastronomy which seeks to integrate science into the art of making food.

The creation of a convection oven is a modern culinary tool that makes use of ovens that are fan assisted and that creates an even cooking. This technology allows food to cook at an even temperature that makes the food cook faster at a lower temperature. How this works is that the convection oven generates radiant heat both at the top and the bottom part of the oven. The fan is used does not cool the food being cooked but rather evenly distributes the heat via a convection heat transfer.

As compared to the conventional ovens, these ovens may bake things unevenly and as for the convection oven, it would perform as fast as a microwave oven yet still have that browning ability that they produce when oven toasted.

Molecular Gastronomy is a sub-science that concerns the incorporation of science into food. Being able to cook using scientific theories tends to produce better-tasting food that is totally new to the senses. This type of culinary art is attributed to Hervéthis, the Father of Molecular Gastronomy. Many gadgets are used in molecular gastronomy.

The use of thermal immersion circulator is being used to create a Sous-Vide food cooking, which is a technique of cooking meat in a tightly sealed vacuum container in a water bath at a low temperature for a slow period of time. They also make use of rotary evaporators that are used to distill, separate, or evaporate concentrations to create a purified version of the flavor or liquid.

This gadget is able to vaporize the food liquids at room temperature and achieves this by changing the pressure in the container. There are two separate containers in this machine; one is where the mixture to be purified is placed. Hot water and constant rotation allow the liquid to evaporate faster and the vapor goes into the other container to be able to be condensed and extract its purified form. Most of the time, unusual flavors are being created using techniques unique to this culinary art mostly reliant on science.