Role of Technology in Astronomy 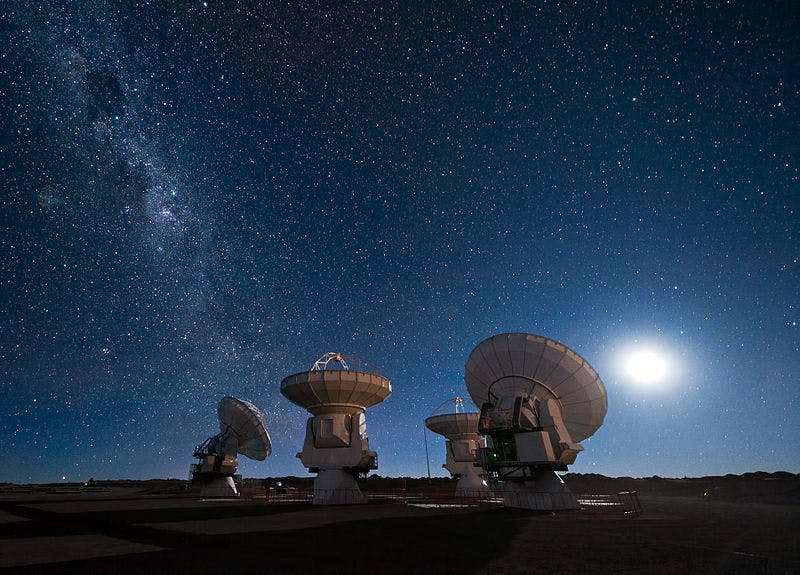 People constantly fear that what happened billions of years ago to the dinosaurs might happen to mankind and this time, we might just end up as another fossilized discovery and a tale to be relived. That is why scientists are continuously supervising the planets and other astronomical bodies surrounding the universe. This is what is known as astronomy and the science of outer space exploration. This is an important body of science that made us understand what happened to the dinosaurs back then and what might happen to us in the future. With this knowledge, we are preparing for disasters that may come from outer space, and maybe this time we could prevent the extinction of our kind from happening.

Just by logging into our laptops, we are able to connect to recent findings in astronomy and even dive into the world of astronomers. The latest software related to astronomy is being developed such as the World Wind software. This software is just like Google Earth but the only difference is you can also view the moon as well.

This software has the technology of Landsat satellite imagery and Shuttle Radar Topography Mission data which would make you view the earth at a satellite altitude.

Deepsky Astronomy Software is software that can be used by both professional scientists and those who are simply into observing the skies. This enables the users to plan their observations and pictures of the nebula and other bodies found in outer space are available for skywatchers to map out their observations.

Back when astronomy mainly uses the telescope and just look up above the skies for clues on what is happening outside our planet, we are now much more advance in our dealings with astronomy. With gadgets that are reachable within our fingertips, we are able to understand what is going outside the world.

Today’s telescopes are way more advanced than when Galileo first used a telescope. We have land-based telescopes like the ones found in Keck Observatory that have a diameter of 10 meters. These twin-telescopes are powerful telescopes that can be adjusted multiples times per second.

Some are on top of mountains such as the Large Binocular Telescope that gives it an undisturbed view of the skies. This telescope sits atop Mount Graham and it has a resolution that is 10 times that of the Hubble Telescope.

Although the Hubble telescope may not be as powerful as the Large Binocular Telescope, its advantage lies in the distance where it is sitting. It is one of the greatest observatories of NASA. Other telescopes that are launched in outer space include the Spitzer Space Telescope. The difference between these two telescopes is that the Hubble telescope transmits images in visible light while the Spitzer Space Telescope transmits the pictures in infrared to get a better understanding of the climates and temperatures in other heavenly bodies in outer space. These two telescopes function differently and provide vital information to scientists in outer space.