The Role of Technology in Busting Crime 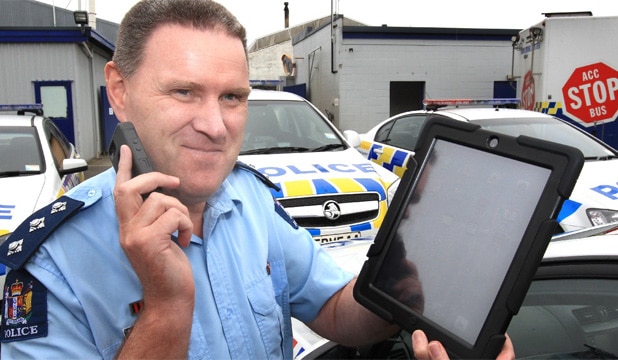 With the crime rates growing every year, police have found a much better use for iPads and iPhones, other than for calls, texts and social media. These gadgets have become serviceable in solving crimes and keeping them from happening.

Technology has lessened the towering paperwork done by policemen. Now, they can simply record it electronically and file it away.

In the case of electronically issuing tickets alone, this move is more efficient and would involve less paperwork too.

Policemen are now able to use Facetime and other apps, which allows them to communicate better with fellow policemen. This also allows them to share valuable information, which they are unable to provide with the use of the radio alone.

Maps are a Necessity

Maps are very useful to police when it comes to locating a crime scene. It can also map the coordinates of a crime.

These applications can also aid the police in locating hotspots, where some trouble usually pops up. This prevents crime from ever happening because of police visibility in the area.

Social media has created an effective outlet for most of its users regarding the different aspects of their lives. But it has also played a major role in solving pending crime investigations through soliciting tips on crime and identifying possible offenders and criminals on social media sites.

Accessible to the Public

The public is now able to report criminal acts through digital multimedia recording capabilities of smartphones and other gadgets. They are able to record videos of public safety incidents and capture images as well, to share it with law enforcement, media, and the community. These are important information that engages citizens to take charge and ensure their safety too.

Cameras of smartphones and other gadgets can record crime scenes that can be presented at court and during staff briefings.

Photography may be the best crime scene documentation there is because it provides a permanent visual record of the crime scene and the evidence that has been found.

But it is important that all areas of the crime scene have been taken and every evidence collected to make the investigation a promising one.

A new technology called the Mobile Biometric Device is a portable handheld gadget that can scan fingerprints, irises and other biological data that may help identify suspects and criminals. It can give potential matches to a scanned fingerprint from a fingerprint database. This a faster and more convenient way to look for a potential match than using the old way.

The world has gone a bit crazy these past few decades and law enforcement are trying their best to tone it down. Hopefully, with these new technologies, they will make the world a much safer place to live in.